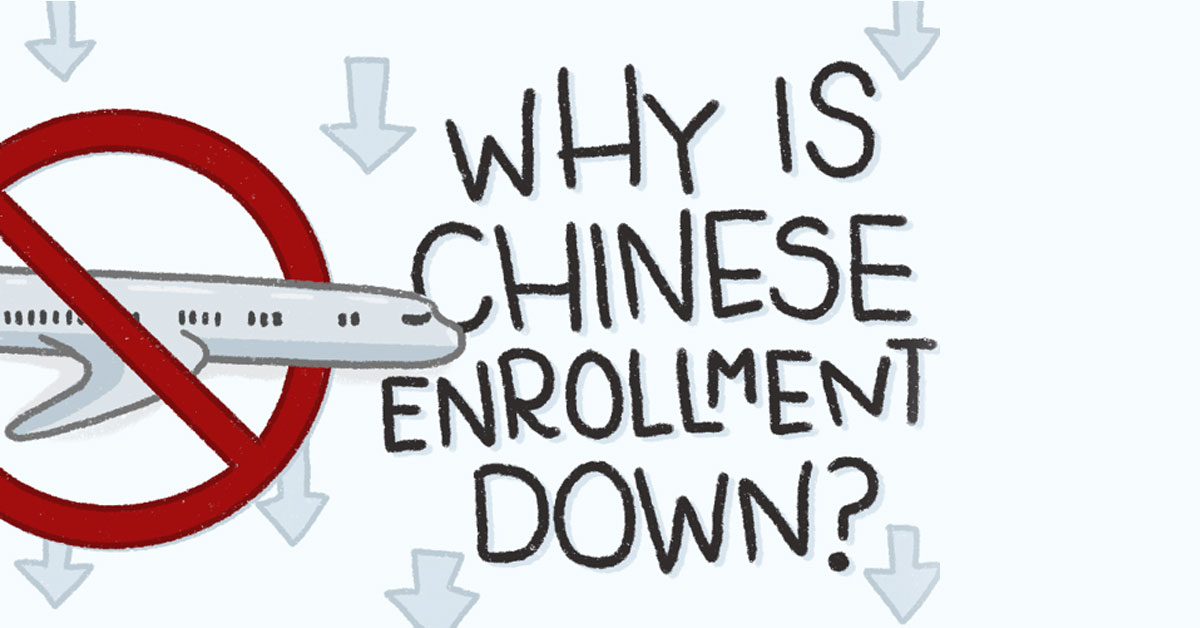 Well over a year since the COVID-19 pandemic grew to a global scale, the effects are still hitting universities across the nation hard in the enrollment numbers — especially students from China.

In data released earlier this year, the University of Nebraska-Lincoln attributed its enrollment decline of 2.7% from the 2020-21 academic year to an overall 13.5% drop in international students as well as general graduation success.

“While international applications to the United States plunged across the board for the 2019-2020 school year, they rebounded this year — with the exception of China,” according to an article from The Washington Post. “Only about 19,000 Chinese students filled in the Common Application required to attend most undergraduate schools this winter, a 16% decrease from last cycle.”

UNL has not been excluded from this trend.

“We have a lower number of Chinese students on campus right now,” Josh Davis, the associate vice chancellor for Global Affairs and senior international officer, said. “At our high, there were more than 1,200 or so Chinese students at UNL. And that number is down to a little more than 400 right now. So it’s actually significantly down.”

There are a number of reasons that there has been a decrease in Chinese students, including visa delays and a feeling they are not welcome here right now, according to Davis.

Davis said he attended listening sessions with a new recognized student organization, the International Student Advisory Board. There, he was able to hear from international students on how they would like to be supported better. One thing Davis said they heard regularly is that visa issues have become increasingly more complex, and students are looking for additional support in that area.

“Certainly significant factors are the travel restrictions and visa delays,” Davis said. “So those travel restrictions have generally remained in place up until now, students who are coming to the United States from China had to apply for an exception or a waiver. And so that’s a barrier. The visa delays, the U.S. embassies around the world, including in China, were closed for a very long time. They are now processing visas, but there was a significant backlog.”

Patty Croom, the director of international admissions at Michigan State University, said in an interview with Fortune that factors such as a declining interest from Chinese students, worsening relations between the United States and China and an increased interest among Chinese students to study in places like Canada and the United Kingdom have contributed to the overall decline in Chinese enrollment.

One of the top priorities of this initiative is to attract and support the best and brightest students, scholars and faculty around the world, according to Davis.

“We realize there’s a lot of competition for these really talented students from all around the world,” Davis said. “And I think our peers are also looking at how we compete for those students and then how do we support them to make sure they’re successful once they get here.”