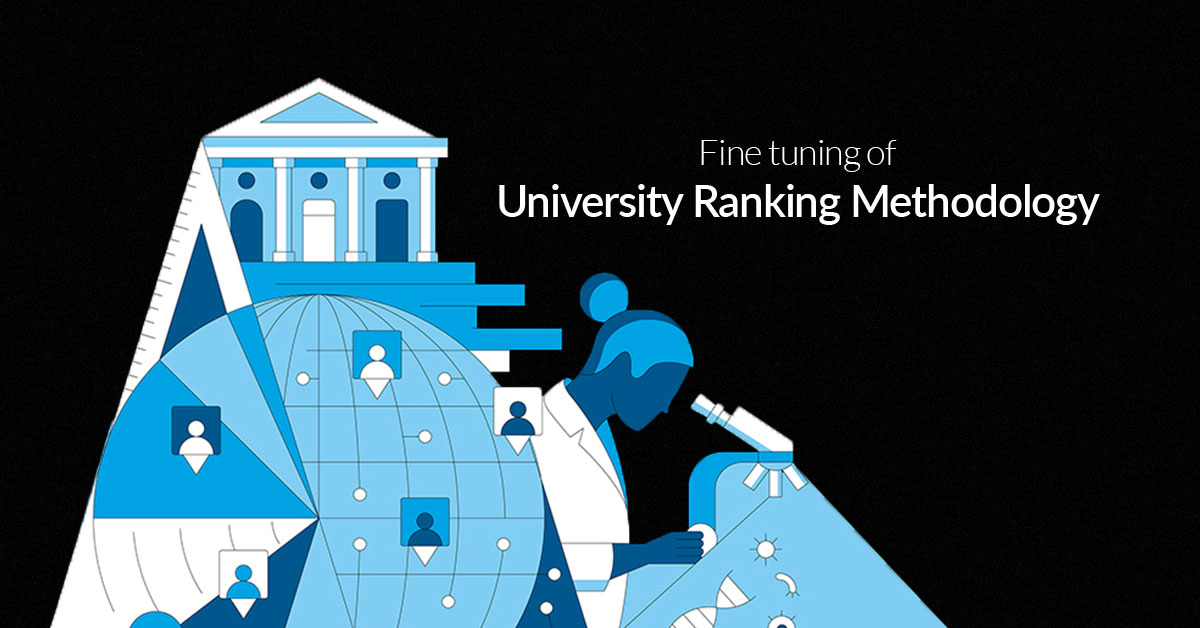 Times Higher Education’s World University Rankings are the leading global league tables of university performance. Created in 2004, the rankings have grown from just 200 institutions to more than 1,600. They rank research-intensive institutions across a wide range of metrics, which cover teaching, research, industry links and internationalisation.

Since the rankings were launched 17 years ago, the methodology has been tweaked several times but substantially altered just once, in 2011. Those changes ensured that it remained robust as the global higher education landscape expanded and became more international. We believe it is now time for another significant update to the methodology, so that it continues to reflect the outputs of the diverse range of research-intensive universities across the world, now and in the future. We’re in a world where students and faculty increasingly look to travel to study and work, and where the focus isn’t exclusively on the research output of universities.

The new iteration of the methodology will focus on three main areas:

These changes, together with additional work we are undertaking to improve the calculation approaches, will make the World University Rankings more insightful and robust, but with minimum additional data collection requirements for universities.

We also hope to be able to open the World University Rankings, and associated subject rankings, to more universities to reflect a broader view of research-based higher education.

The new methodology (WUR 3.0) and support documents will be released at the THE World Academic Summit in October 2022. Data collection will begin in early 2023, and the first rankings released under WUR 3.0 will be the World University Rankings 2024 (published in September 2023).

Alongside the new methodology, we will be creating a dedicated advisory board for the World University Rankings. Applications closed at the end of October 2021, and we will announce the board members shortly.

Why are you changing the rankings methodology?
As the global partner to the higher education sector, we want to ensure that the information we provide through the rankings is as fair, consistent and genuinely useful to all universities across the globe as possible, helping to further the growth and success of this vitally important sector. Following wide consultation with the industry, we concluded in 2019 that the time was right to make a change and bring the rankings in line with an increasingly globalised higher education landscape while continuing to acknowledge the world’s very best universities for research and teaching.

What will the changes mean?
This isn’t a radical overhaul of our methodology. It’s a refinement rather than a reinvention of the way we work out the rankings for the benefit of the entire sector. We haven’t finalised the exact changes, but they will focus on bibliometrics, international metrics and technology transfer. More information will be provided as it becomes available.

Doesn’t this disadvantage some universities that have traditionally done well in the rankings?
This won’t disadvantage universities that excel across the five pillars. However, as with any methodological change, it will likely lead to some movement in the table. We have consulted widely with the sector to ensure that these changes are as fair as possible to the vast majority of universities eligible to participate in the World University Rankings and continue to be an accurate and robust reflection of research and teaching excellence across borders.

But this could have a significant impact on the ability of some universities to demonstrate that they are achieving their missions – how are you going to support these universities and help mitigate this risk?
We offer a wide variety of products and consulting services to help universities gain a deeper understanding of their strengths and weaknesses and potential areas to focus on.