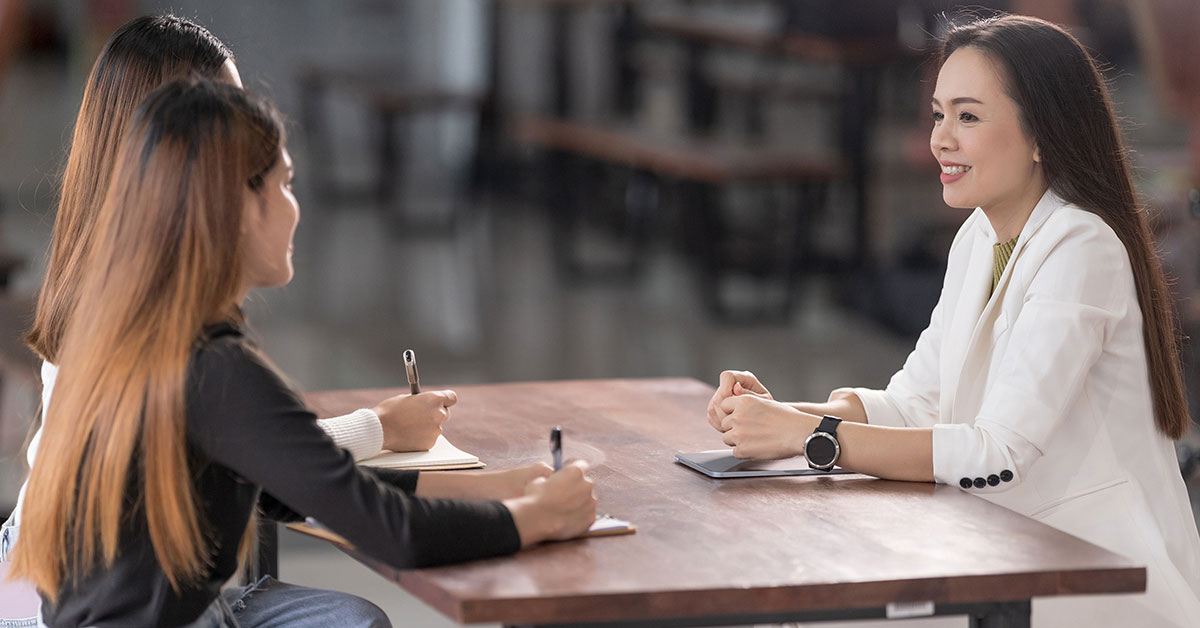 There has been no better time for Universities and Education agents to join hands.

Short on time? Here are the highlights:

The following feature is excerpted from the 2021 edition of ICEF Insights magazine and is reprinted here with permission. The entire issue of the magazine is available to download for free at icef.com.

We have been hearing it for months now: with all the uncertainty and disruption caused by the pandemic, frequent communication between institutional staff and education agents has never been more important.

“One of our biggest agent partners is a group based in Frankfurt, and we had more communication with them in the early months of the pandemic than we probably had in the entire year before that,” says Eddie West, assistant dean of international strategy and programmes at San Diego State University.

Silvia Diaz Queipo, of the Spanish agency Language Kingdom, echoed Mr West during an Edvisor webinar in early 2021: “We realised that [the pandemic] wasn’t going to last for just two months or three months, and we got closer to our main partners. We want our partners to survive and we want to survive as well. We need them and the schools need us. Speaking on the same panel, Maura Leao, CEO of São Paulo–based Yázigi Travel and former president of the Brazilian Educational and Language Travel Association (BELTA), added, “The trust relationship has always been a very important part of our business … but now more so than ever.”

As those comments suggest, it is fair to say the COVID-19 crisis has amplified essential elements of effective educator-agent relationships. Each partner can be a crucial source of information and market intelligence for the other, and each has a role to play in ensuring students are well served and supported.

Rising use of agents

The use of agents has been rising among educators over the past decade, as institutions and schools have sought to:

Agents are likely to play an even greater role after the pandemic, given educators’ need to rebuild international enrolments and because of the continuing limits on educator travel overseas. Students and educators alike will need more assistance than ever as they navigate evolving travel restrictions, public health conditions, testing services, and visa processing.

Already, students are relying on agents more because of the pandemic. A November 2020 study from QS found that students are increasingly influenced by agents’ recommendations and that educators who know how to integrate agents into their marketing plans stand to gain a competitive advantage. The QS survey data suggests that agents play a key role in helping to move students – who are still facing the uncertainties and challenges of the pandemic – towards enrolment. The survey report underscores that “up-to-date information about intake start dates, course offerings, fees, scholarships, or policy changes are critical to student decision-making, particularly in a year where there is so much movement and so many unknowns.”

Vincenzo Raimo is an adjunct professor at the Nanjing University of Information Science and Technology as well as an active researcher in the area of education agents. He describes the majority of agents as “professional organisations that work hard to advise students on their options and support them in the often-complicated process of applying to an overseas [institution or school] – including getting a visa and making travel, accommodation, and other arrangements.”

Mr Raimo describes a maturation in the agent sector over the past decade characterised by an expanding range of players, including large, venture-backed agent aggregators; prominent international agent networks; agents based in sending countries; and a growing number of agents based in leading study destinations as well.

It is always a challenge to pin down the exact proportion of agent referrals among the foreign student populations in major study destinations. But all indicators point to a growing number of students coming into schools and universities through agents. For example, a February 2021 survey of US colleges by the National Association for College Admission Counseling (NACAC) and the American International Recruitment Council (AIRC) found that nearly half (49%) of US colleges are currently partnered with education agents. Another 5% were actively exploring agent partnerships as a result of the pandemic. This is up from the 36% of US colleges who reported recruiting through agents in 2017–18.

In Canada, where international student numbers have roughly tripled in the past decade, nearly all higher education institutions as well as schools are engaged with agents. By some estimates, about half of all foreign students in the country are agent referred.

The use of agents is also widespread in Australia, where agents accounted for three out of four international enrolments (75%) in Australian schools, vocational institutes, English-language training centres (ELICOS), and universities in 2018. The situation is similar in the United Kingdom, where nearly all higher education institutions and schools work with agents. It is estimated that 45–55% of foreign students have had the support of an agent in planning their studies.

Rising agency referrals have been accompanied by a growing body of research and best practice guides for working with agents, including those published by NACAC, AIRC, NAFSA, the British Council, and the International Education Association of Australia, to name just a few.

The recommendations within these guides are in keeping with findings in a research paper published in December 2020 by several academics, including Eddie West and Vincenzo Raimo.

The paper relies in part on a survey of international educators at universities in the US, UK, and Australia. It finds that success in agency relationships clearly requires active engagement on the part of institutions, especially in terms of oversight, training, support, responsive communications, and information sharing. The researchers found that institutions employing a more hands-off approach tend to see poor recruiting results and also lower levels of satisfaction with their agent relationships.

The researchers conclude that a one-size-fits-all approach is ill advised, and they recommend instead that institutions remain adaptable in their agent strategies to accommodate varying conditions in overseas markets, the competitive context, and the changing needs of students. The researchers also advise educators to carefully consider how many agents they can support, arguing that “working with an appropriate number of agents in a given market with active engagement leads to better results.”

The paper underlines the importance of accountability for both educators and agents. Transparency is key, especially on the part of institutions with respect to publicly disclosing agency relationships. “Greater transparency in HEI-agent relationships we believe, and would argue, is long overdue,” says Mr West. “All the more so given the information asymmetries and economic logic that can put students’ welfare at risk.”

“The [educator]-agent relationship is bilateral. In the past there has been lots and lots of attention paid to agent conduct, agent misconduct, agent training, agent misinformation, etc. By contrast, there has not been commensurate attention paid to [educators’] responsibilities and [educators’] obligations and how best to ensure that staff really understand the rules of the road and best practices for working with agents. We think that that balance needs to be better struck. The London Statement, for example, has a lot to say about what agents should or shouldn’t do, but very little to say about what educators should or should not do.”

The London Statement, as many readers will know, dates back to 2010 and was an early attempt to outline a broadly applicable code of ethics for international education agents. In the history of our industry, it was an important step in establishing standards of practice for international recruiters. But, as Mr West points out above, it rather overlooks the responsibilities of educators in supporting those good practices.

It is possible that this balance will be reset. There is a recent effort in the UK, for example, to establish a new quality assurance framework for education agents. This follows similar frameworks enshrined in legislation in destinations such as Australia and New Zealand or otherwise reflected in industry protocols or statements, including the London Statement.

A recently released report from the British Universities’ International Liaison Association (BUILA) and the UK Council for International Student Affairs (UKCISA) calls for a new quality framework in the UK. This more contemporary initiative addresses British institutions as well as agents in its ambition to introduce “a single Code of Ethical Practice for UK Education Agents [to] set expected standards for all education agents working with UK providers.” The report states, “It is recommended that the new Code be developed through a co-design process with education agents, using the London Statement and British Council ‘Good practice guide for education agents’ as a base. To be effective, it will need to be widely adopted by UK providers.”

“To maximise the integrity of the UK’s education agent quality assurance framework, all providers should adopt good practice in appointing, training, supporting and managing education agents; ultimately, the contracting provider is responsible for their education agent’s practice as it relates to their institution, and must provide the education agents with the tools to accurately represent them.”

More broadly, there are a number of efforts in progress with respect to codifying or professionalising the role of agents in international education. These are variously concerned with expanding or improving agent training, establishing new models for agent certification, or, as in the BUILA-UKCISA example, enshrining new codes of practice. Taken together, these different initiatives are all leading to the same place: a more transparent and effective environment for educator-agent relations, and one where the responsibilities and priorities of all parties are clearly established and reflected.