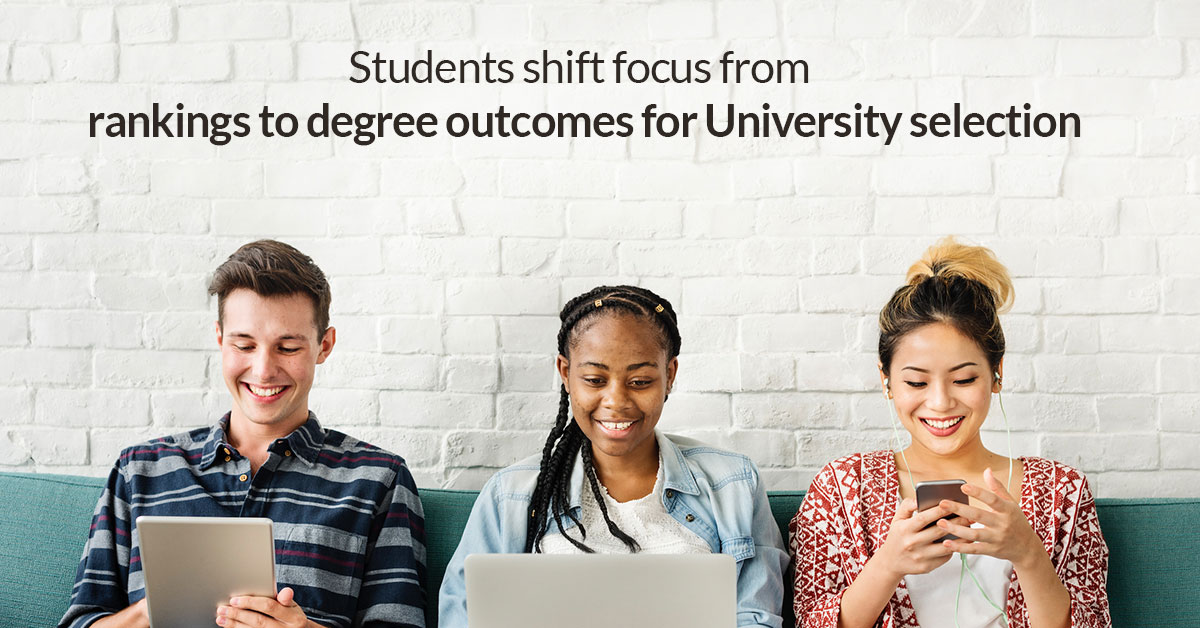 Gen Z’s highest priority when applying to university is now finding a program which will take them further after study, the INTO University Partnerships research suggested.

Surveying more than 1,200 Gen Z students from 93 countries in August, INTO found 72% of students under 25 believe a university being able to teach the skills they need to succeed later in life is more important than their place in the ranking table.

“Rather than yearly rankings, they are looking for concrete evidence that higher education institutions will help them find long-term success in their careers and lives,” said Olivia Streatfeild, CEO of INTO University Partnerships.

“The Covid-19 pandemic has instilled a sense of pragmatism in Gen Z students.”

However, 17% still think it is important to attend a university higher up the rankings, regardless of cost.

An overwhelming 86% also look at a university’s track record on social issues when applying; issues such as gender equality, LGBTQ+ rights and racial justice were considered.

“It’s everyone’s responsibility to do their bit. If people start playing their role in this world most of the big problems will be resolved,” a Pakistani Gen Z student said, who has plans to go to university abroad.

Streatfeild also commented on the Gen Z mindset regarding inequalities.

“Hyperconnected as they are, Gen Z understand how the pandemic has deepened inequalities worldwide… young people’s exposure to these challenges has galvanised them to act as catalysts of change.

“I believe that as individuals, we have our own role to play in reducing the economic inequality,” one Gen Z international student from Indonesia told the survey.

When thinking about post-graduation, a massive 86% of Gen Z students said they look for an international degree so one day they can “make the world a better place.”