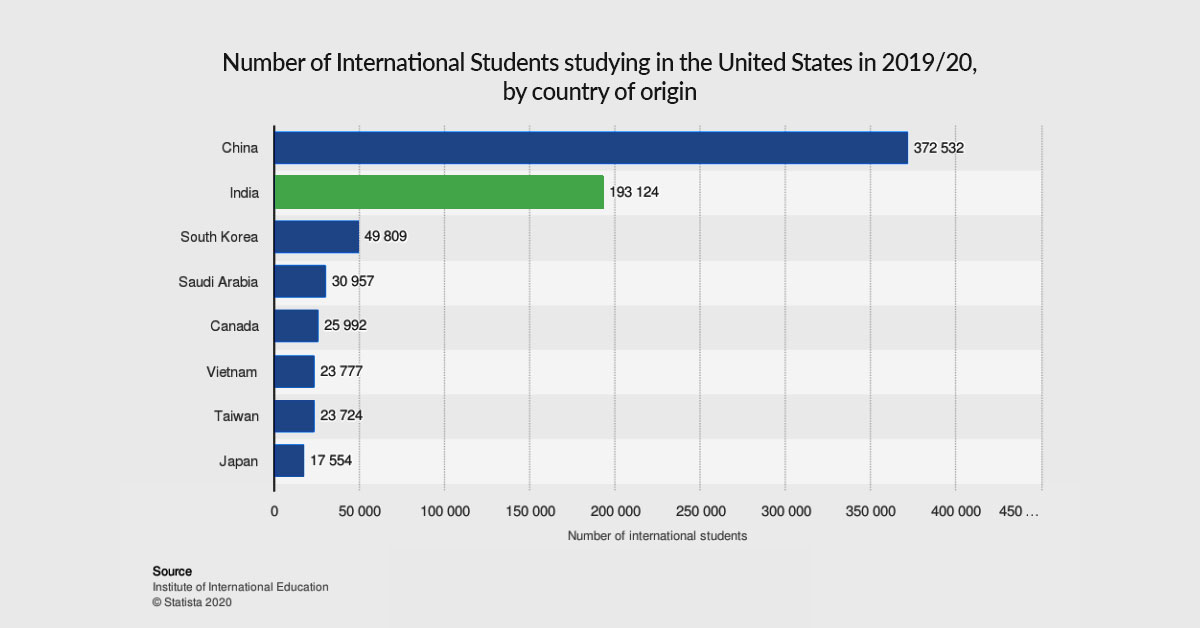 India is poised and ready. She’s all set to be the largest student market

The majority of international students studying in the United States are originally from China and India, totaling 372,532 students and 193,124 students respectively in the 2019/20 school year. In 2018/19, there were 377,943 international graduate students , which accounted for over one third of the international students in the country. Typically, engineering and math & computer science programs were among the most common fields of study for these students. The United States is home to many world-renowned schools, most notably, the Ivy League Colleges which provide education that is sought after by both foreign and local students.