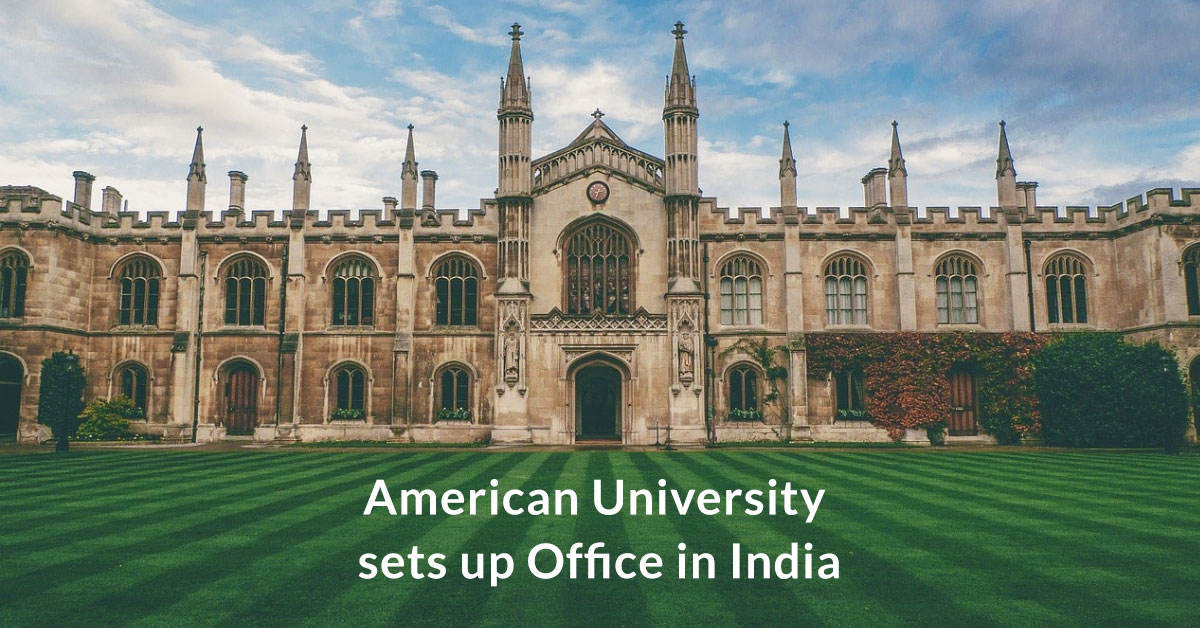 India holds the 2nd rank in leading the country of origin of International students and a local representative of your university in the country would only promote your student recruitment goals. With this intent, the University of Illinois system is preparing for the upcoming student generation that will walk into one of its 3 campuses, by getting a liaison office in New Delhi and a branch office in Bengaluru.

For international student Santhanagopalan Krishnamoorthy, week one in Chicago included settling into his new apartment near the University of Illinois at Chicago, and digging into a slice of the city’s renowned deep dish pizza.

“I really wanted to do my master’s degree at UIC, because the place looked really cool, and I’ve heard the professors are really good,” said Krishnamoorthy, 23, a computer science major who is among the contingent of international students from India choosing to study at one of the University of Illinois’ three campuses.

A soaring number of international students such as Krishnamoorthy arriving at the University of Illinois in recent years and the Asian nation’s booming economy is prompting the university to open a liaison office in New Delhi and Bengaluru by next year.

In total, there were 13,878 international students out of a total student population of 90,343, or 15.4%, enrolled throughout the U. of I. system last fall, he said. China sent the most students of any foreign nation, with 5,836 students enrolled in fall 2020.

The university’s board of trustees voted last month to establish a U. of I. system liaison office in New Delhi, and a branch office in Bengaluru — formerly known as Bangalore — “to further develop relationships with academic and corporate partners and alumni in the country and to support student recruitment,” officials said.

As the second leading country of origin of international students, India is also home to more than 2,200 alumni, as well as academic and industry partners, officials said.

In 2013, the university opened the University of Illinois Urbana-Champaign’s Shanghai office to cement the Illinois-China partnership, and U. of I.’s Grainger College of Engineering has a presence in Singapore dating to 2009, officials said.

India had the world’s sixth-largest economy in 2020, according to the most recent available figures from the World Bank, with a gross domestic product of $2.623 trillion, officials said, adding that the economy in India has grown almost 40% since 2010.

The genesis of the initiative dates back to 2014, when preliminary plans to have a liaison office in India were derailed by the more than two-year-long Illinois budget impasse, which decimated funding for higher education projects statewide, said Pradeep Khanna, associate vice chancellor for corporate relations and economic development at the U. of I.

“We had gotten all of our approvals, but before we could staff the office, the state had a huge financial meltdown, so we decided not to open,” said Khanna, who is assisting with the launch of the university’s new offices in India.

The offices in India will also serve as hubs for U. of I. alumni who attended the university, and returned to work in their homeland after graduation, as well as a gathering space for visiting academics and study-abroad students from the U.S., Khanna said.

“India has one of the world’s largest economies and it has grown rapidly, presenting an excellent opportunity for the U. of I. system to nurture our existing partnerships and develop new ones, all with an eye toward continued excellence and creating opportunities for students,” Tim Killeen, president of the U. of I. system, said in a statement.

In 2018, during a visit to India led by Killeen, U. of I.signed agreements for new academic and research partnerships with seven of India’s top universities and research agencies, officials said.

Officials plan to submit the university’s application to the Reserve Bank of India within months, Khanna said.

Khanna said since the burgeoning number of international students from India arriving at U. of I. have been studying the English language since early childhood, the linguistic connection to the U.S. is already forged, making for an easier adjustment when they arrive on campus.

“When the students from India first arrive at U. of I., they are mainly focused on getting good grades, and graduating in four years, but very soon, they start enjoying college life, just like their friends who are American students,” Khanna said.