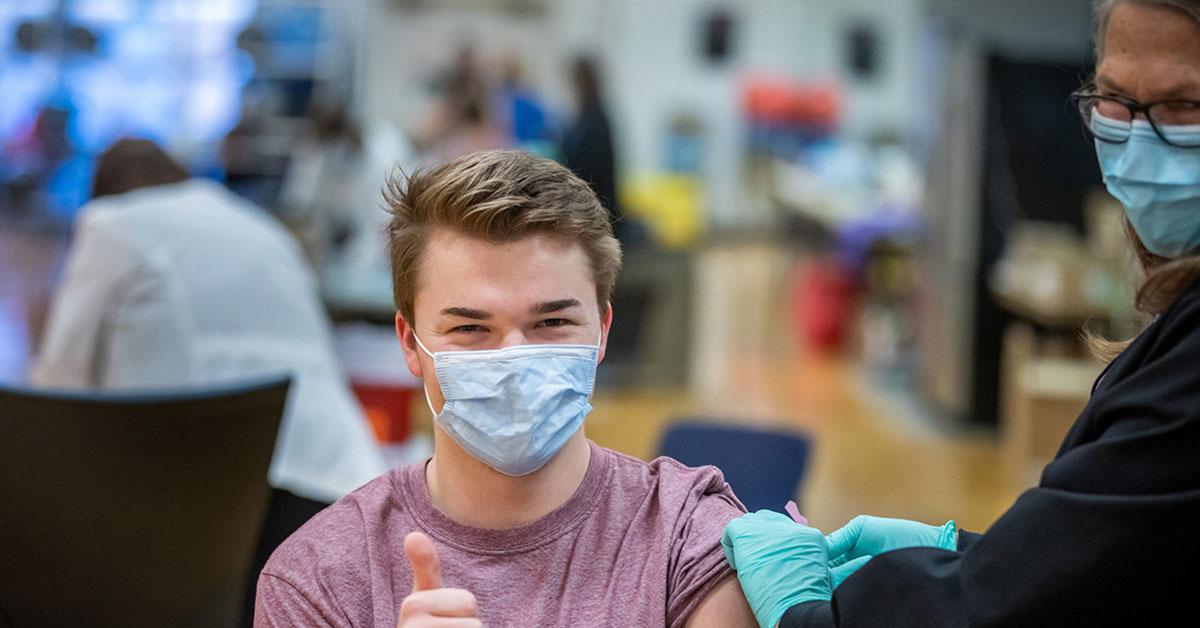 Students have a willingness and proactivity regarding becoming vaccinated, often above that of their wider home country population

With University campuses opening international students are ready to move from virtual classes to on-campus classes. In the current pandemic situation as well, about 89% are willing to quarantine on arrival, with 24% willing to pay the full cost of quarantine. This willingness to pursue their higher education is a burgeoning reason for the high demand for quality institutions.

International students are “willing to do all they can” to study on campuses this year, with over half of those surveyed by IDP Connect already fully vaccinated so they can arrive in their chosen study destinations.

Some 57% of students bound for the UK taking part in IDP Connect’s latest Crossroads research said they were already fully vaccinated, with 31% reporting they intend to get inoculated “as soon as they can” despite it not currently being a prerequisite to start studies in the UK.

The latest instalment of IDP’s research surveyed over 4,000 current or future students in major English language destinations from over 20 countries, including source countries such as India, China, Vietnam, Indonesia and Malaysia.

While perceptions around on-campus experiences in the UK, Canada and the US have improved, New Zealand and Australia have seen declines as their borders remain closed, the research found.

While 59% of students looking to New Zealand and 42% of students heading to the US said they would defer until they can study face-to-face, 51% of Canada-bound, 49% of UK-bound and 43% of Australia-bound students said they will continue with their study plans, even if courses start online, so long as they can transition to in-person classes at a later stage.

Additionally, the research found 36% of respondents were “likely to switch destinations if it means being able to gain face- to-face teaching earlier”. Earlier instalments found 33% of UK applicant respondents stated the same.

It also suggested that vaccine hesitancy among students had “declined markedly” since the April 2021 survey which found 30% of respondents indicating that they needed more information before getting the jab. Now, only one in 10 respondents said the same.

“The research indicates students have a willingness and proactivity regarding becoming vaccinated, often above that of their wider home country population,” the paper noted. “However, student attitudes varied considerably between their home countries.”

Some 75% of international students said the availability of vaccines on arrival made travelling to their destination more attractive. Additionally, 56% said they were “extremely comfortable” travelling after receiving a first dose in their home country, and receiving the second in their destination country. However, 16% reported being very uncomfortable with that approach and a further 28% expressed having some discomfort with the idea.

The findings correspond to a QS survey that found 70% of international students think vaccines should be a prerequisite before traveling to their study destination.

The results are “very positive” for destinations that have communicated that they are open and welcoming to international arrivals, Simon Emmett, CEO at IDP Connect said.

“We are continuing to see students’ resilience and determination to arrive safely and commence their studies on campus through their overwhelming willingness to comply with vaccination and quarantine policies.

“The UK and Canada have both recently clarified their policies regarding vaccines, confirming that they will be available to students on arrival and these latest findings show that this is welcomed by students, and factored into their decisions on preferred destinations.”

Institutions and governments will need to continue to communicate “clearly and effectively” to how students can arrive and how they will be taught upon arrival, Emmett continued.

“We can see from the research that students are flexible and willing to have a mixture of face-to-face and online learning, as long as they’re on campus at their desired destination.”

Some 28% indicated they would prefer to quarantine in a government hotel, while 50% preferred university-run accommodation.