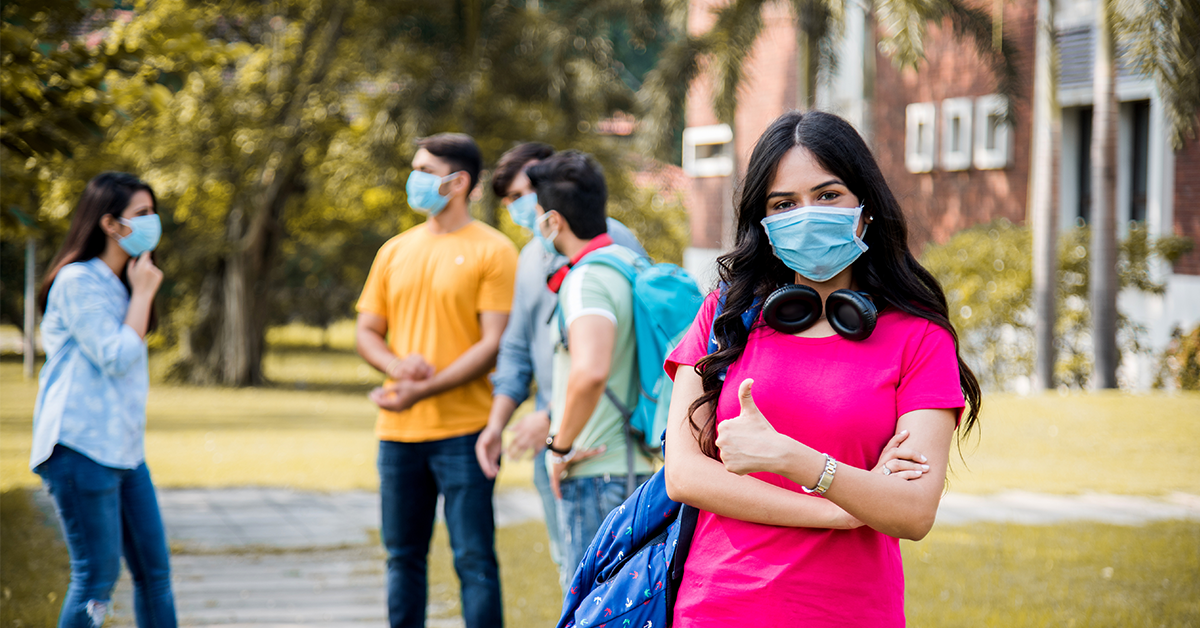 Students back on campus this fall!

Students from around the world are eager to study at U.S. colleges in the upcoming fall semester after the COVID-19 pandemic confined many of them to their home countries and left some attending virtual classes in the wee hours of the morning.

Now, getting to campus is the hard part.

It all adds up to a tangle of challenges that has created uncertainty for students and a potential headache for schools that are looking to blunt last year’s sharp drop in international enrollment and the attending financial hit.

Ohio State University, which drew almost 6,600 international students to its Columbus campus in the fall of 2019, has already begun to see requests to defer for the term that begins Aug. 24, said Carina Hansen, who directs the International Students and Scholars program.

International students bring a worldly perspective to campuses and, crucially, often pay full tuition. Widespread deferrals would be a blow to colleges and universities, which dealt with a 16% decline in international student enrollment in this year’s spring term from the previous year because of the pandemic.

“If they defer for the semester, there’s always the concern that you’ll lose them for good,” said Don Heller, vice president of operations at the University of San Francisco who studies higher education finance. “If it’s easier for them to get into Canada, they might decide to go to a university in Canada instead, or stay in their home country.”

Anticipating potential problems with travel and other factors, Northeastern University in Boston held more than 200 virtual support sessions — in a half dozen languages, across multiple time zones — to answer questions about vaccines, visas and requests for travel support letters for airlines, said Renata Nyul, a spokeswoman.

Sara Dahiya, 17, an incoming freshman at Harvard University from Panipat, India, is among the students awaiting her visa. She expects to depart for the U.S. this fall alongside her twin brother, Anirudh, who will begin at the University of Wisconsin-Madison. She and her brother purchased their plane tickets in mid-June.

“It definitely was a risk to book my flight before getting a visa but I’m glad I took it,” Dahiya wrote in an email. “The process of scheduling a visa appointment, as it is, was extremely distressing, and finding and paying twice the amount for a flight right now would’ve only added to the troubles.”

Colleges have ample incentive to move away from remote learning this fall. Beyond the potential educational rewards of in-person schooling, there are financial benefits to these institutions, because payments for living in dormitory housing and eating in dining halls help cushion their bottom lines.

International students studying at U.S. colleges and universities contributed $38.7 billion to the nation’s economy and supported 415,996 jobs during the 2019-2020 academic year, according to an analysis by NAFSA: Association of International Educators. Last year, when campuses shut down in March, many students were stranded far from home. If they did eventually depart the U.S., they might have ended up taking classes online at odd hours, thanks to time-zone differences.

Paulash Chatterjee, a rising senior at the University of Illinois-Chicago, has attended school from his home in Jaipur, India, since last August, located 7,500 miles away from campus in a time zone that is 10.5 hours ahead.

He plans to resume in-person learning in the fall, but is concerned about the cost of airfare and the possibility that his flight might end up canceled. He also must consider COVID-19 vaccine recommendations. He received his first dose of the Indian vaccine Covishield in June, but evolving government advice now suggests that a later administration of his second vaccine dose — up to 16 weeks after the first — would offer better protection. That’s long after Chatterjee is set to be in the U.S.

“I’ve been checking flights every day,” said Chatterjee, 21, who is studying biology. “Of course I want to go back to Chicago, but at the same time, I don’t want to risk my life.”